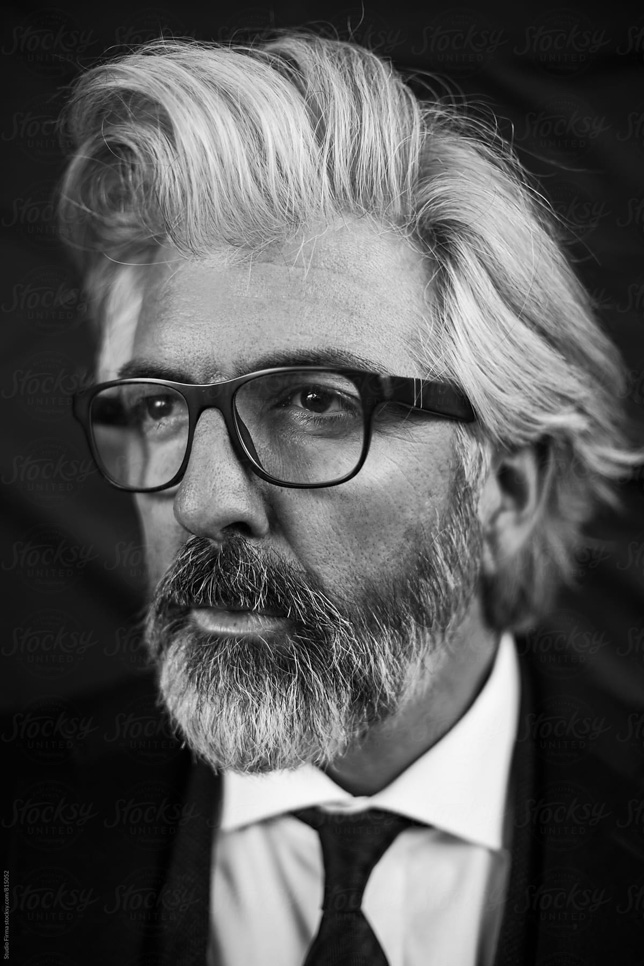 Hair has been highly significant since the earliest human history. Full, thick hair was always regarded as a sign of high performance, strength and health, and to increase this impression as much as possible, humans invested a lot into the appearance of their own hair. This went so far that hair was draped into tall, complicated works of art on the head, bunches of hair were fastened to warriors' helmets as a sign of power, and those who did not have their own great hair simply introduced the wearing of wigs as a top-level fashion trend. Even if we now believe that we have freed ourselves of such "stone age" behaviours long ago...hair has actually lost little in terms of its significance and value in both genders.

It's an irresistible impulse ...

Key stimuli fulfill the following criteria: They must be simple, clear and noticeable. When we perceive these stimuli, we react instinctively without thinking. For this reason, we quickly categorize people when they match a certain pattern. Hair is a key stimulus and also a sexual signal. It's no surprise that one's hair significantly contributes to the first impression that we make on others.

Especially during puberty, we look for like-minded friends, but also want to clearly set ourselves apart from other groups. A (noticeable) hair style defines us as a member of one group and a non-member of other groups, giving us an opportunity to at least partly exercise conscious control of what others might think of us. But it's not just gentle hippies or rebellious punks that use the non-verbal communication of hair for their social standing. Even after the teens, the way in which we wear our hair is an important means of communication. Career portals provide tips for correct hairstyling in application photos, introductory meetings and appointments with management, and both women's and other magazines provide information about the (unconscious) messages that you send with your hairstyle.

While our hairstyle choices undoubtedly say a lot about the messages that we send to those around us, the way in which we handle our hair also tells much about our intentions and what's going on with us. Women in particular often run their fingers through their hair during a conversation, tuck individual strands behind their ears, or play with their hair. Of course such gestures cannot be interpreted down to the fine details on their own - after all, we are all individuals. But depending on the situation, such small, unconscious actions often make it possible for us to gain a first impression of what the people we are talking to think about us or what is currently happening.

When Delilah cut Samson's hair, he lost his power and strength. This biblical situation shows the symbolism associated with the loss of our hair. Even during witch hunts, women were always punished and humiliated by shaving their heads bare. Hair is of major significance in many world religions and is accordingly covered, decorated or cared for as something special and intimate.

"It's not possible not to communicate."

Paul Watzlawik was aware of this, and set up a fundamental rule of (non-verbal) communication with this theory. Hair is an important factor in interhuman communications and a very noticeable feature indicating how a person currently feels. It's not for nothing that we commonly demonstrate both positive and negative changes in our life by going to the hairdresser, outwardly signalling: "Look, I've changed." There is, after all, no second chance to make a first impression. Thymuskin - for healthy, naturally growing hair.