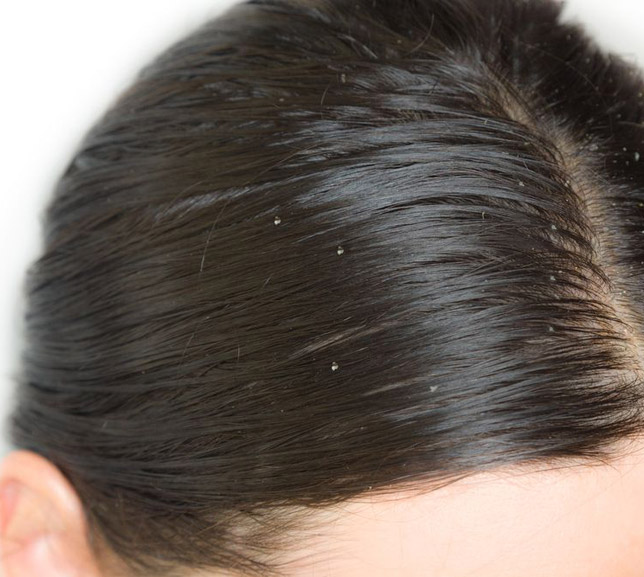 Dandruff is a widespread phenomenon. Affected persons know the psychological stress and uncertainty of constantly having to check their clothing for traces of white flakes. But if one yields to the feeling of pressure by washing one's hair more and more often, this can quickly result in a vicious cycle. Not all dandruff are the same. It takes a precise diagnosis and the right treatment.

The skin renews on the entire body

Our skin is the largest organ of the human body. Unlike other cells, it renews itself throughout our entire lives. This process, in which skin cells are pushed farther and farther up and eventually rejected after they die, takes about four weeks. This results in fine, barely visible dead skin cells which we lose around the clock.

If, instead of these fine, invisible skin cells, there are larger amounts of easily visible, dry or greasy, single or joined dead skin cells, this should raise concerns about problems with the skin's self-renewal process. Seborrhoeic eczema, also called seborrhoeic dermatitis or seborrhoea, is one possible diagnosis. It is best made by a dermatologist. In this case, the dead skin cells tend to be greasy and detach as cohesive particles. However the most noticeable indicator is a yellowish to reddish discolouration of the scalp, which also shows signs of inflammatory reactions in most cases.

Seborrhoeic eczema seems to be caused by genetic predisposition. It particularly affects men aged between their 30th and 40th year of life and can affect not only the scalp, but also other body regions where there are numerous sebaceous glands. It is based on a malfunctioning cell renewal process, which can have many causes: Skin fungi, wrong diet, stress or hormonal changes are among them. But even though the psychological stresses are difficult, the problem can be significantly relieved in most cases with some patience. The right care product is needed.

Scalp regeneration is the primary goal

Treatment of seborrhoeic eczema can require varied therapy. We recommend the new Thymuskin Regeneration as supportive treatment. It soothes an inflamed scalp with plant-based ingredients, relieves itching and redness, and regulates the production of dead skin cells. Due to these properties, Thymuskin Regeneration can be used equally in mixed forms such as greasy deposits and dry dead skin cells, and in other cases in which the scalp needs special attention due to irritation. Owing to the thymic peptide active ingredient GKL-02 which mimics natural thymic extract, it simultaneously counteracts inherited hair loss. Thymuskin Regeneration is suitable for long-term and preventive use.

To benefit your scalp even more, take some time off now and then, for stress can also cause episodes of seborrhoeic eczema. Fresh air and sunlight also appear to have relieving effects; on the other hand, cold tends to worsen the symptoms.

In this sense: Make good use of the next sunny days!